Neil McKenzie, the Bangladesh batting coach, said that the team has put in a lot of hard work ahead of the ICC Men’s Cricket World Cup 2019 and is ready for the tournament.

Mckenzie, who joined Bangladesh’s support staff last year, expressed confidence that the team would be able to translate its efforts into a noteworthy performance, while explaining the importance of enjoying those performances.

“We have, hopefully, ticked all boxes. Now the individuals have to showcase what they can do,” he told ESPNcricinfo. “There’s a lot of hard work that has gone into it. Passion, talent, skill and knowledge is also not lacking. It is about enjoying the World Cup.”

McKenize also believed that the key for Bangladesh would be in not only batting well, but also in batsmen complementing their partners and being aware of each other’s strengths and gameplan. McKenzie especially highlighted the importance of strike-rotation, which has never been a traditional strength for the team. Too often, Bangladesh have thrown away good starts by stagnating in the middle overs and eating up dots.

“I think lot of the guys are enhancing their strength,” McKenzie said. “We are challenging them to do a few things differently. We have asked a few questions about scoring options and rotation of strike, and batting for each other.

“When you are batting on 80, you have to get your partner to 10 from nought. Rotation of strike, drop and run. It is more about being aware about someone else’s gameplan, what they are looking to do, and batting in partnerships.” 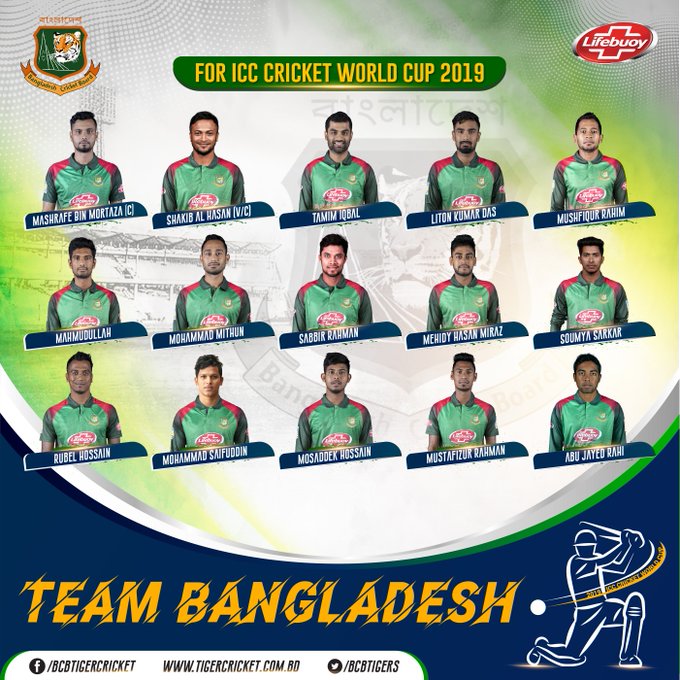 The challenge for Bangladesh’s batsmen, though, will extend well beyond that. They are used to batting on slow, turning tracks in the subcontinent. Pitches in England, however, are far from slow, and Bangladesh will have to not only get used to the pace on the surface but also carefully choose when they want to attack, especially when it comes to using their feet to come down the ground.

“They really have to wait for the ball as long as they can. Batsmen from the subcontinent come forward to hit on the up. You can’t do that overseas,” he said. “We have identified this, and there’s a lot of footage of different bowlers.”

McKenzie also threw light on Bangladesh’s attributes, such as the ability to pick the gaps and run the ones and twos hard. He acknowledged that they are not prolific six-hitters like the West Indies players are, and urged them to play smartly to their strengths.

Passion, talent, skill and knowledge is also not lacking. It is about enjoying the World Cup.

“Bangladesh is not going to compete for hitting sixes, with, say, West Indies,” McKenzie said. “We are going to be better than them in skilled hitting. Beating cover, running twos, chipping over cover for four. Hitting really well straight.

“A guy like Mushi [Mushfiqur Rahim] can manipulate the pace. We have got so many other attributes. We don’t need to be going at fifth gear, trying to hit the ball out of the ground chasing eight an over. We are good enough to hit gaps and run well.”

Bangladesh’s World Cup campaign will kick off on 2 June against South Africa at The Oval. Before that, they will travel to Ireland to play a tri-series along with West Indies.